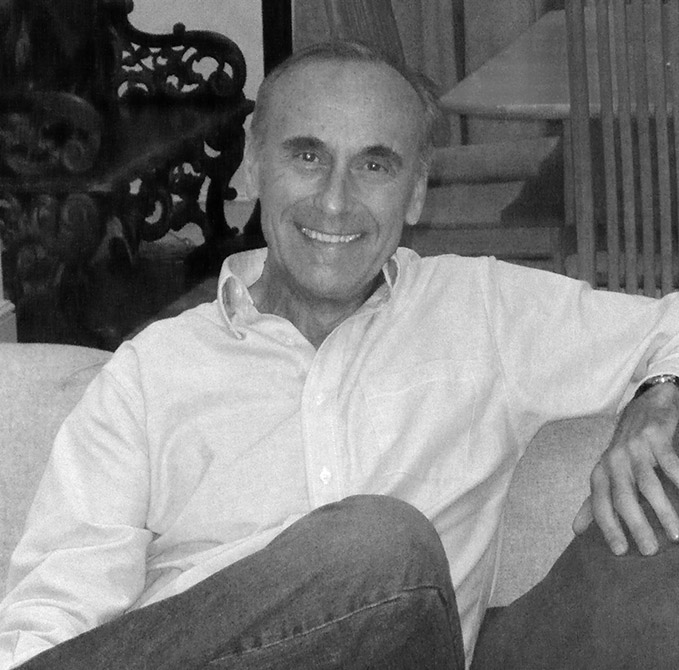 Peter was born in occupied Czechoslovakia towards the end of WW2. When he was ten months old, his aunt Irena took him on a train journey, to escape the impending uprising against the German occupation of Prague. The train was bombed by the Americans, but they both escaped unhurt. Peter’s parents, who were employed as a tailor and a seamstress, remained in Prague.

Immediately after the war the parents, in their mid-twenties set up their fashion business. They were successful and were able to give Peter a better start in life than they had themselves. Initially the communist coup d’etat in February 1948 had a little impact on the family’s life. When a young Peter was indoctrinated at school into a convinced socialist, ready to lay down his life for the red flag of his pioneer group, this began to change. His parents realised that they were powerless to intervene.

In contrast, in his teenage years, after his mother remarried, Peter was marked for discrimination and harassment. At 13 years old, he was labelled “an enemy of the State”, despite his personal commitment to socialism. His crime was to have a father who was a successful and creative designer. Peter was barred from the education that his grades had earned him. At 16 , a careless joke lead to his arrest by the State Security.

Peter could not eliminate the negative political label bequeathed to him by his father. He was going to carry the sign of an “undesirable” for life. At 18 Peter was sent for a year long “re-education” by manual labour.

In the summer 1968, during a short window of political relaxation, Peter took the opportunity to travel to the UK, and while he was abroad, the Warsaw Pact invaded Czechoslovakia. His fate was sealed when the hard line regime of collaborators was installed in Prague, giving him no option but to apply for political asylum.

Peter began a new life by washing dishes in a hotel, before becaming a student at Oxford, where he met his partner and future wife. They moved to London and had a daughter. Peter found jobs in the private sector, while his wife worked as a educational researcher in the public sector.

After the collapse of communism in Europe Peter published articles about the market economy, appeared in media and worked as a consultant in several post-communist countries. He formed and managed one the first investment funds for the post communist countries. In 1993 the British government sent him to assist in the privatisation process in the Czech Republic and in the creation of its financial market. When the privatisation task was completed, and companies were publicly traded on the stock exchange, he returned to his family and another investment job in London.

His wife died, after a 36 years long partnership, in 2006. A year later Peter gave up a permanent job and in August 2009 his daughter married. She was the catalyst in Peter’s decision of becoming a writer.

Peter was formerly a director and chairman of charitable organisations, including InterChange Trust, The Hamden Trust and WAP Performing Arts College and the British Czech and Slovak Association, and is a trustee of the Friends of Czech Heritage.