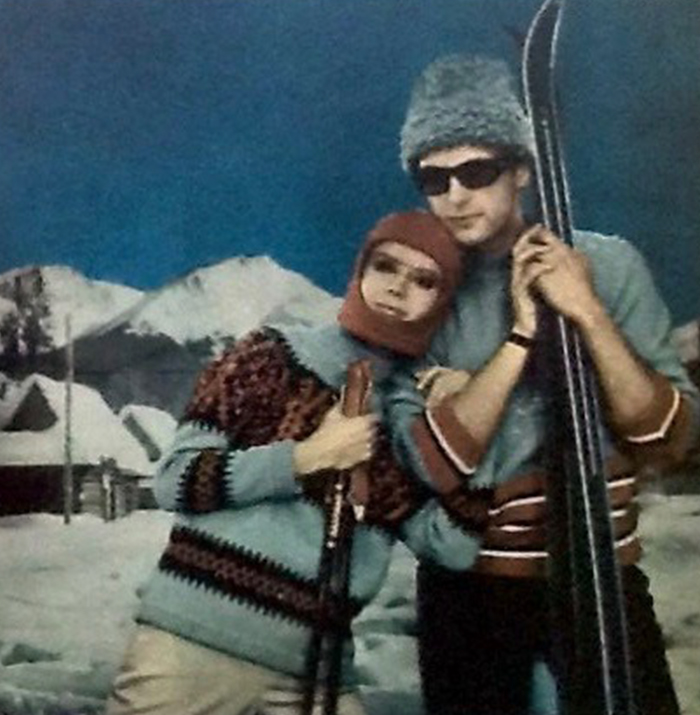 The telephone rung at home. “Would you be interested in auditioning for an American fashion show?” My jaw dropped. An American fashion show in our neo-Stalinist homeland? The voice explained further. “The show started in Moscow as a part of a rapprochement between the superpowers and the organisers were asked to do their final performance in Prague. They have arrived, but are short of male models.”

The next day I was standing in a line of 20 Czech male fashion models. Probably because of my height, was picked with one other man. Female models were all American and the show was a revelation for me. Clothes were all leisure and casual wear. Exactly what the Americans did best and what appealed to young people around the world. It was all there – Levis’ jeans, cowboy boots, open checkered shirts, t-shirts, sweat shirts, vests, bomber jackets, cowboy hats… I was thrilled to be a part of it and I coveted every single item in the show. Irony was that the show was held in a hall of the “Julius Fucik” leisure park in Prague. I loved the paradox. In this very hall the communists held their congresses, where most speeches professed loyalty to the USSR and hate of American capitalism. Memorably, instead of a sea of red flags on the stage, there were just US and Czech flags. Hundreds of people were invited on each of three consecutive nights. A long and narrow catwalk was laid out from the stage into the hall. The show opened with loud rock’n roll music, which was officially banned. The models burst out onto the stage, jiving together, laughing and running up and down a catwalk. Nobody had ever seen a show like that in Prague. The audience was stunned and people looked at us in silence, with open mouths. Then, within minutes everyone seemed to be clapping and tapping their feet to the rock music. It was infectious.