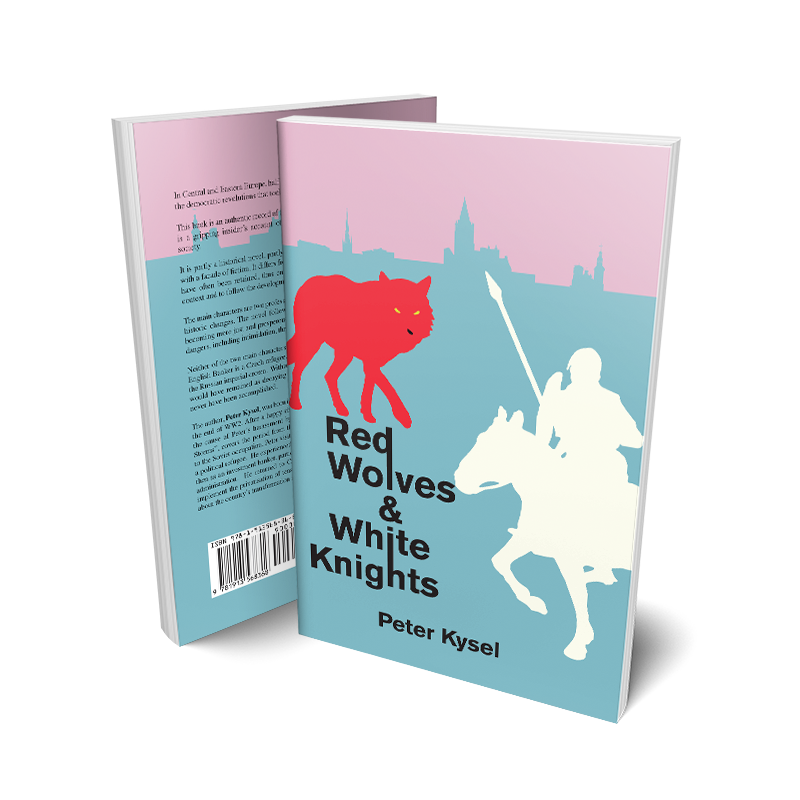 The lives of half of the Europeans were changed in almost an instant by the democratic and economic revolutions in Central and Eastern Europe in the last decade of the 20th Century.

One day 10, 000 companies were owned by the state and the next day they were privatized and traded on the stock exchange. How was that possible? Who were the winners of the democratic revolutions? How did oligarchs emerge in Russia? … and how did they retain their influence? Why has the Russian economy failed in comparison with the countries of central Europe?

In the most authentic account of the time, author Peter Kysel inserts his own experience into a thrilling narrative which explores the part real people played in the transformation of European society over the last three decades and how, had this not taken place, half of Europe would have remained a decaying swamp and the integration of Europe would not have occurred.

Michael and Peter are two professionals: A young English accountant who is also a claimant on the Russian imperial crown and an experienced English banker who is also a Czech refugee. Behind the scenes, they attempt to deliver historic changes in the aftermath of the fall of the Berlin wall. And, as they try to steer countries toward more just and prosperous future, they encounter threats, attacks on their lives and love where they least expect to.

“We and the Americans abandoned Eastern Europe needlessly in 1945,” pronounced Jack Straw in the Saulire cable car cabin. Admiring the snow-covered peaks of the Savoie Alps, I paid no attention. Jack was a friend and a keen military historian. It was March 1985 and we were on a skiing holiday in Méribel with friends. Jack returned to...
Read More

I was about to enter the boardroom from which the country had been ruled by the communist presidium. There its twenty men, under instructions from Soviet advisors, took the country’s major decisions. In that boardroom, they had decreed in 1949, to collectivise agriculture. As a result, both my sets of grandparents had had their farms...
Read More

“We want to transfer part of the Soviet gold reserves abroad. They need to be in a safe place and under professional management. The situation here is too fluid and volatile. If we leaveGosbank’s gold in Moscow, either our politicians will steal it, or foreign creditors will freeze it.”  I was aware that the government was getting...
Read More

I shook my head in disbelief. For reassurance I stopped the car, to fine-tune the station. It returned. “This is Radio Vltava,” announced a male presenter in a slow, funereal voice. I immediately recognised the diction adopted on communist radio stations. I knew it well from having listened to them when I was young. This one was...
Read More

A good read A lively and interesting story about a family, a society and a young man's coming of age during turbulent political times. For someone who wants to know more about the history and the people of central Europe, this is invaluable.

A Good Read "This is a fascinating story of everyday life under the Communist Regime in Czechoslovakia. We learn how the daily lives of ordinary people suffered, and the steps needed to be taken just to survive. I am looking forward to the next volume covering the writer, Peter Kysel's, experiences in the UK."

Fascinating read from Peter Kysel "A brilliant book charting a remarkable period of history. Kysel is a real raconteur, Age of Storms is packed full of interesting anecdotes, and actually, despite the subject matter, a crackling sense of wit and humour. For an inside look at a topic that is not well understood enough. Whether...
Read All Reviews
Red Wolves & White Knights